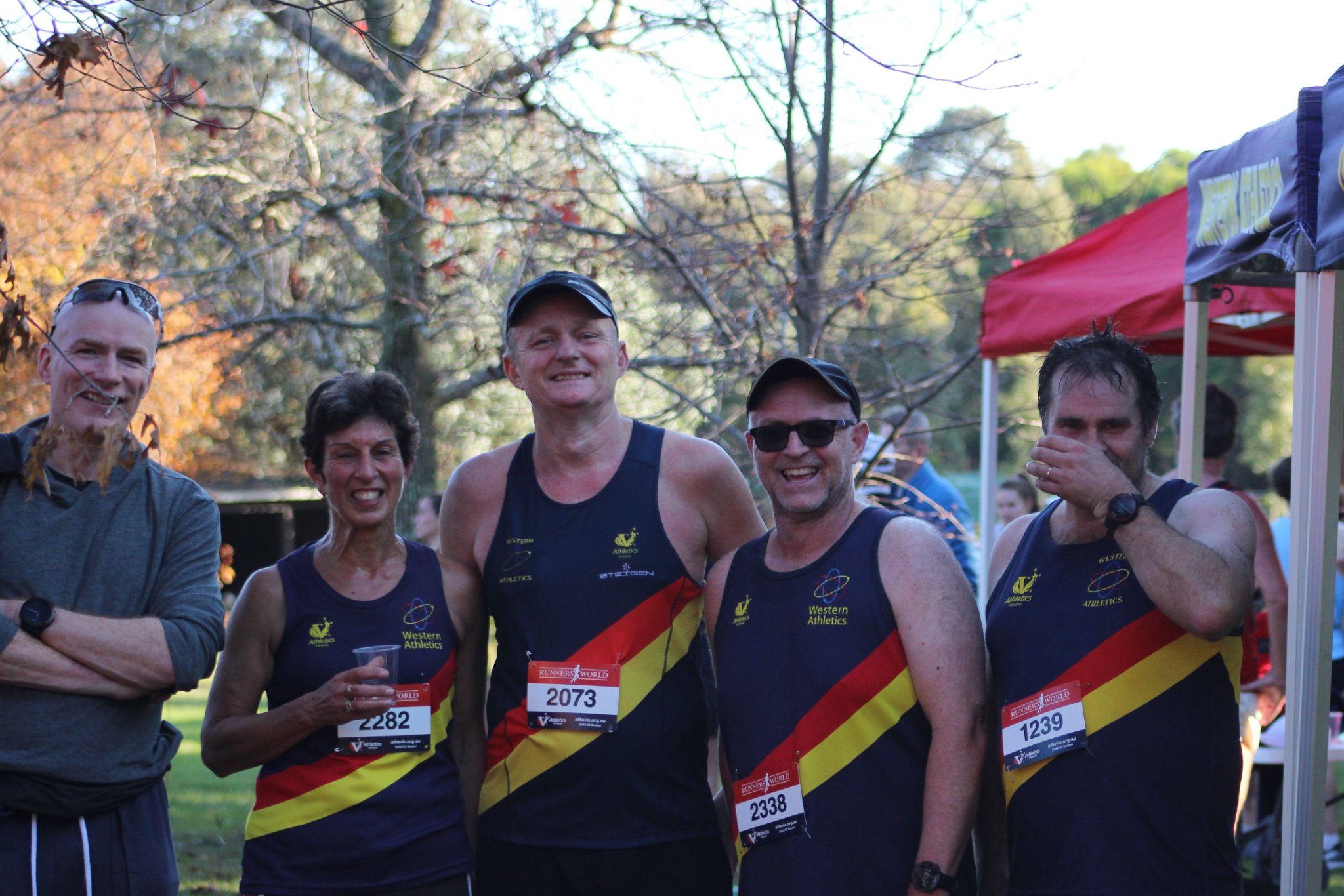 With cool sunny weather conditions it was a perfect day in the paddocks in the midst of the picturesque environs of Cruden Farm.  The course was tweaked slightly from last year which resulted in a very true 12km and as usual a fine, fast cross country course.

Overall numbers were down on Round 2, St Annes, and with many athletes feeling the effects of the cold, flu and covid.  It was a gutsy effort to grind out the 12km course and for the juniors in the 6km course.

Thanks to all those who put in the effort to make the journey out there and push through the 12km.  Special thanks to our AV helpers on the drinks station; David Hall, Jenny Arnold and Peter Cashin.  Thanks again also the Mario and Brandon Muscat for bringing the tents.

The Premier team was a bit down on their normal form but still managed to finish in fourth place.  First in was Ethan McMinimee in 21st place overall and in a time of 39 minutes and 41 seconds.  Callum Drake had a better run this week finishing in 25th place followed by Zac Norton, Brandon Muscat and Nathan Pearce.  Last in for the team was an unlucky Matt Schaumberg who lost a shoe in the mud in the second lap. He ‘dug deep’ running a lap with one shoe and on the last lap a spectator handed the other shoe back to him and he finished strong making up some of the lost ground.  The Div 2 team was also down on round 2, finishing in 12th place while the incomplete Div 5 team was 9th.  In the masters’ rankings, Alistair McDonald continued his fine form from St Annes (7th), finishing 9th in the 40+.

Our open Premier team actually went one better than last year’s team at Cruden, managing to have a complete team of 5 and was 6th overall.  First in was Nardine Bainbridge in a time of 51 minutes and 32 seconds. Next in was Sophie McMinimee, 60+ Mechelle Lane, Cath Cleveland and completing the team, in her first time running a 12km distance and in the Premier team, was Ruby Beveridge.  In the masters’ gradings, special mention to Mechelle Lane who, whilst not listed in the 55+, because she is 60+, finished second in the 55+ age group.

There were just four athletes in the U16 men and women’s 6km event.  In the women’s U16, Lucy Cleveland was 5th and Liz Hall was 17th.  In the Men’s U16 Jackson Wright, in his debut race with Western aths, was 7th and Emerson Arnold was 24th.

@starweeklysportStar Weekly Sport
.@WesternAths' Liam Cashin is hoping to use the Oceania Championships as a springboard for his international career… https://t.co/F8TyrbaZtp
Link to post

@WesternAthsWestern Athletics
Some speedy racing from the Australian Men’s U18 Team in the 4x100m at the Oceania Athletics Championships! 🥇 AUS… https://t.co/xqFA9qqeLs
Link to post