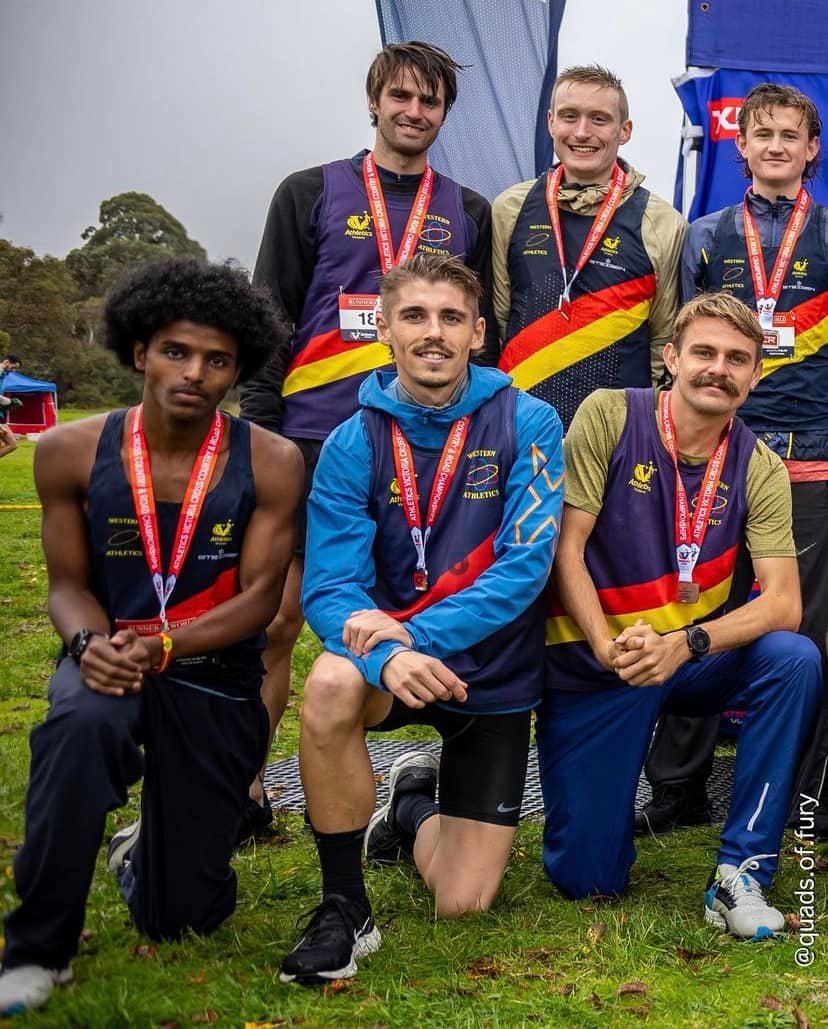 The day started well regarding the weather with ideal cross country conditions but as the day went on the rain and the wind came in and made the conditions tough for those in the back end of the event.

Highlights for the day included the Open Men’s Premier and Div 2 teams finishing second, solid open women’s teams and a third place result in the women’s U16.

Thanks to all who competed, our AV helpers, Adrian Jeffkins and Cheryl Beveridge, Peter and Brenda Cashin for the assistance in running the day with uniforms and race subs collection, the provision of afternoon tea and the XCR sub-committee for helping with tracking and chasing up athletes.  Everything came together well and will set up for a great season.

A solid effort from all the Premier women’s and was Led out by the in form U20, Abigail Thomas, who posted our fastest women’s time of the day in 23 minutes and 55 seconds.  Solid efforts from Mel Kodi, Steph Thomas, Nardine Bainbridge and Sophie McMinimee combined to see the Premier finish in 6th place.  With the return of two young adult athletes, Hayley Burke and Lexie Barlow as well new members Cath Cleveland and Ruby Beveridge, the women’s teams have been fortified so we confidently filled the Div 3 and 4 teams finishing fourth and fifth respectively.  If we can continue to fill these teams we will strengthen the standing in the ladders securing them from demotion.

With the addition of three U20s athletes; Zac Norton, Lincoln Bellgrove and Luca Di Conza, the Open Premier and Div 2 teams were the strongest ever with both teams finishing in second place.  Our open men’s team was led out by Liam Cashin who put the team in the lead and through the race the lead was shared with the strong Bendigo team.  Callum Drake ran second then Jack Rayner ran and posted our fastest time with a 17.40 and put us back in the lead with Matt Schaumberg and Abdi Hali Ali holding onto the lead.  In the last leg Nathan Pearce had the job to do, with Bendigo and Box Hill saving their best until last.  Bendigo’s Andy Buchanan took the lead with a lap to go and Andre Waring of Box Hill caught Nathan in the last km.  Nathan stuck with Waring and in the last 200 metres put in a savage kick up the hill to overcome the Box Hill runner to finish in second place, less than 20 seconds behind Bendigo.  The Div 2 all ran consistently to finish second, the Div 5 was tenth and the Div 6, although incomplete, was ninth.

Our juniors numbers are low this year with many U20s filling out seniors teams and only one U16 women’s team and an U16 men’s team.  In the U16 women’s team Lucy Cleveland led the team and ran 11 minutes 22 seconds with Ella Vrhovac and Liz Hall running well to finish in third place.  In the men’s U16 we had just two athletes Aiden Muscat and Emerson Arnold both running well scoring points for the team.