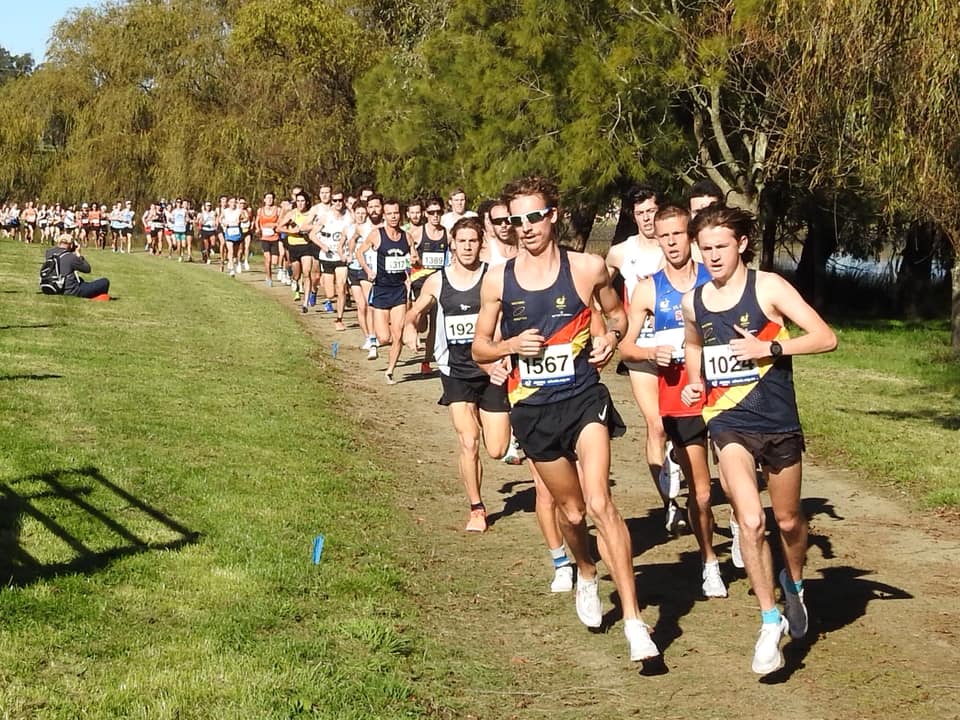 Perfect weather condition for racing which is just as well because the course was as brutal as ever!  It was a great day’s racing by all with some stunning results.  What what also stood out was our athlete’s toughness as they climbed hills, jumped the fence and scrambled and crawled their way through the ditches!  Although our numbers were down we fared well in the individual results and teams.  Highlights from the day include; Lucy Cleveland and Liz Hall with a first and second in the U14 girls 2km race, Cody Shanahan’s second place in the Open Men, Ebony Dodemaide second in the U20 women and Carolyn Huell second in the 50+ women.  For our teams the open men had a win, the U20 men and women were second and U14 women were second.  One noticeable difference in this year’s competition is the team scoring where even if the team is incomplete, points are graded and scored.

Another gusty effort from all the women with our Premier team finishing 6th and, with the new scoring system, the Div 3 finished 9th to keep the scoreboard ticking over.  In the Premier team it was the in form Claire Hodgart crossing the line first in a time of 32 minutes and 29 seconds with Nardine Bainbridge in second.  Third was Sophie McMinimee in her first individual XCR race as an open athlete, then Amanda Cauchi and rounding out the team the in form Jo Francken.  In the Div 3, and also running in her first XCR race, was Nina Kennedy with the ever courageous and 50+ Brenda Cashin.  In the 50+ invite short course Carolyn Huell was second.

A stunning result from our Premier team with their first win in the XCR competition.  Cody Shanahan and Liam Cashin were at the front end of the race with Cody eventually coming second overall for his first XCR medal in a time of 24 minutes and 34 seconds and Liam in fourth overall, despite a couple of falls.  Nathan Pearce was third then Callum Drake, Matt Hussey with Dan Dunstone rounding out the team.  The overall numbers were down in the open men also but we still managed a creditble 12th place in the Div2 and, with the new scoring system, an incomplete team in 10th.

Our U20s were blessed with four athletes all finishing the top ten, a force for the season and a real improvement on their previous round with a second place behind Knox. Despite a bad fall at the fence Ethan McMinimee showed great strength and resilience to maintain his place finishing 5th and first for our U20s in the 4km race. Right behind Ethan was Brandon Muscat in 6th then Liam Morgan in 8th with Tom Glover in 9th place.  In the U16 Aiden Muscat was our sole athlete finishing in 13th place, a great result in his first year of U16s. 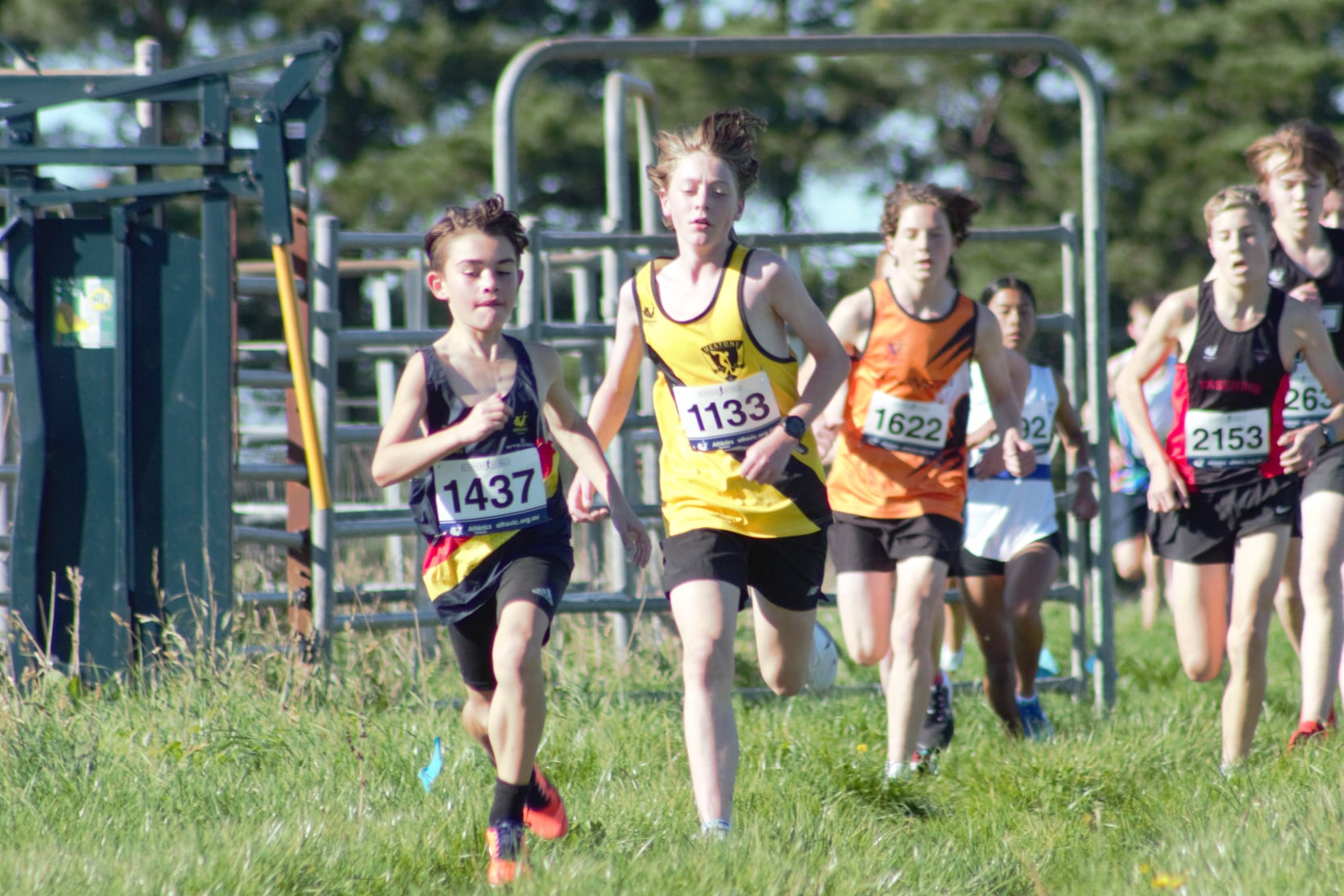 Our U14 girls gave us a great start to the day with Lucy Cleveland winning the 2km in a time of 7 minutes and 23 seconds and not far behind in Liz Hall in second place.  A great result which will see the team in second behind Wellington in the ladder.  In the U20s Ebony Dodemaide was second in the 4km race in a time of 15 minutes and 31 seconds with Janae MacKrell in 6th place with the team finishing second and with the new scoring system this result will see them level pegging with St Stephens in first in the ladder.  In the U16s congratulations to Phoebe McMinimee competed her first XCR race. 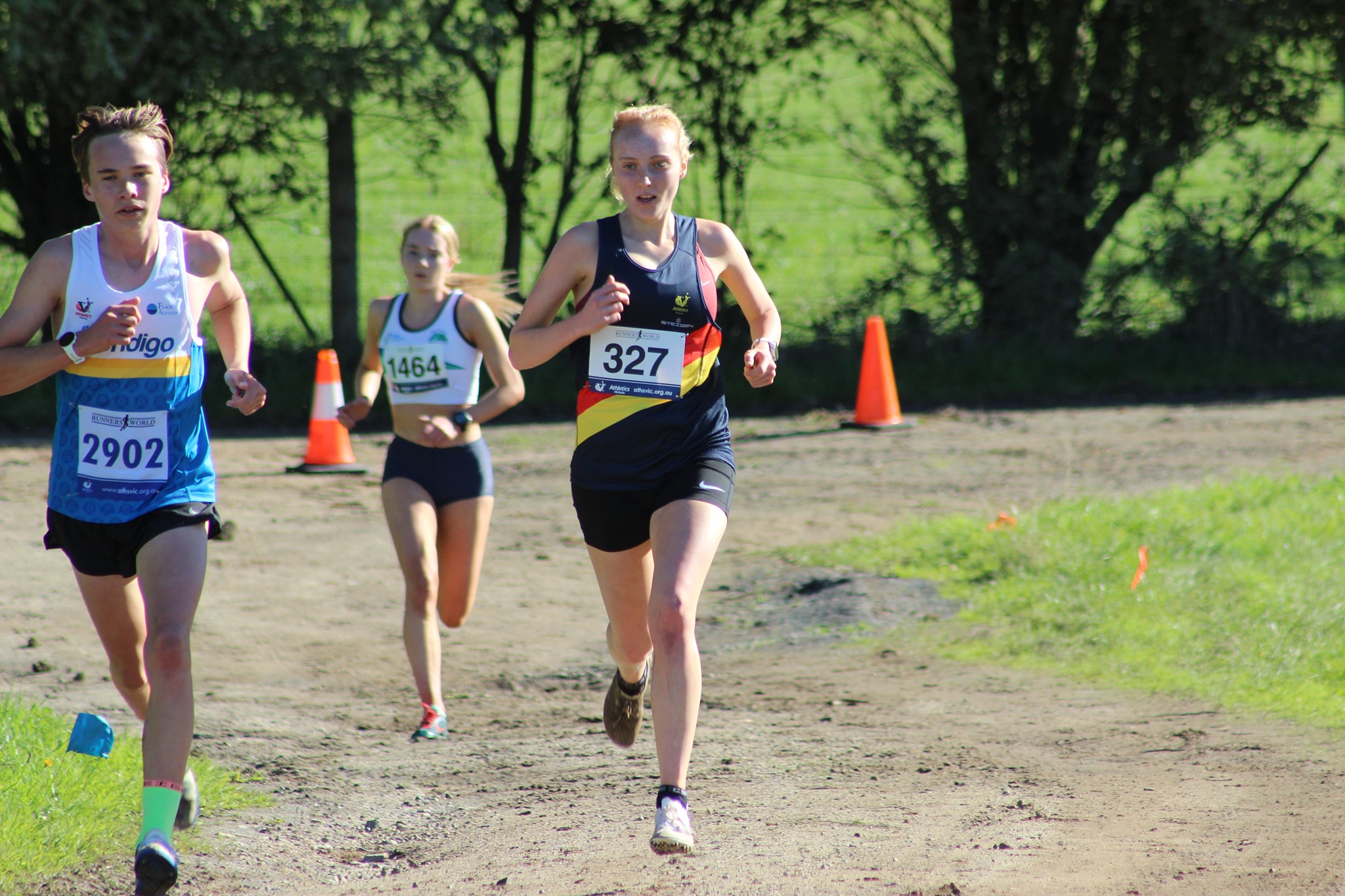 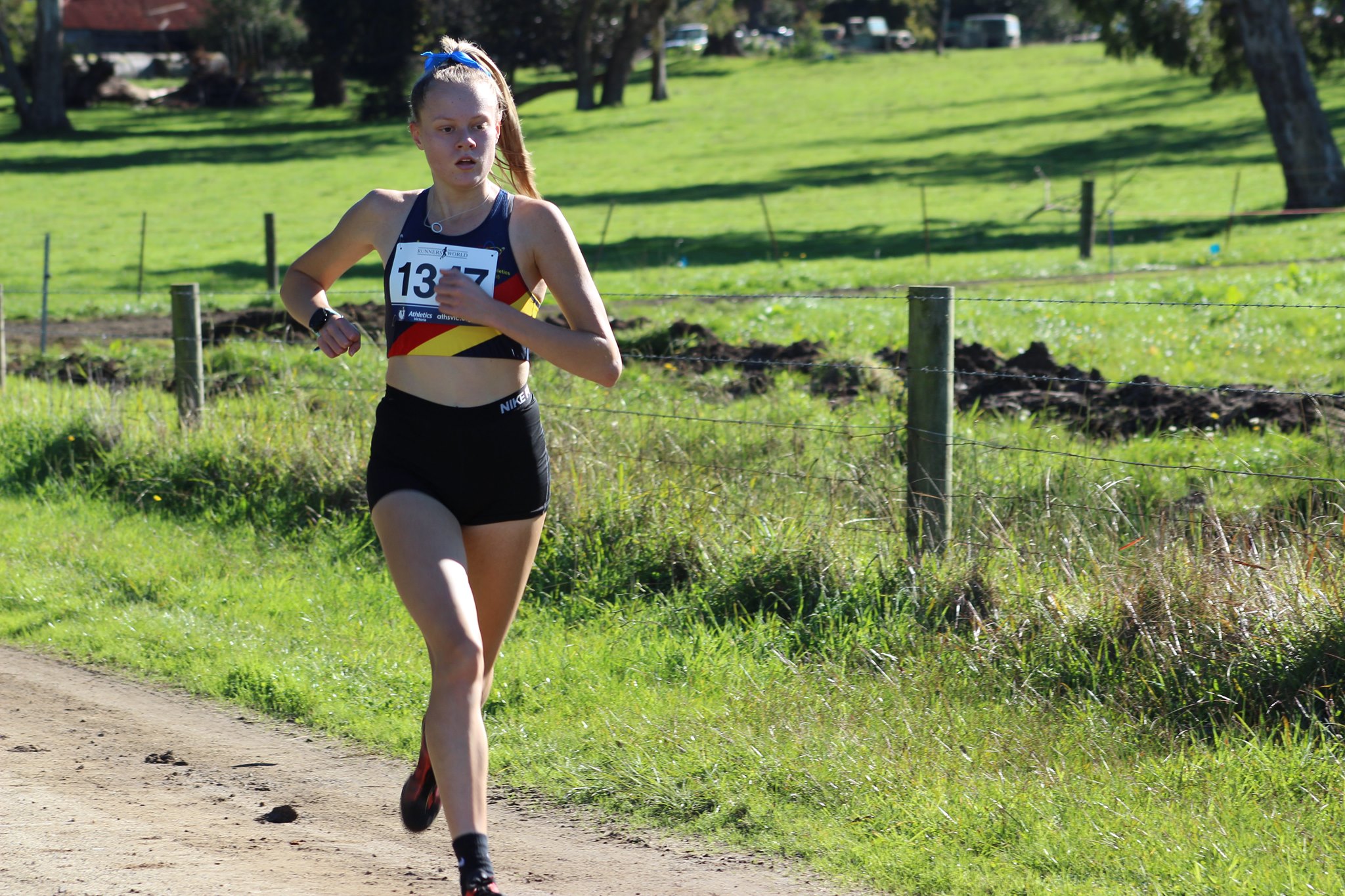 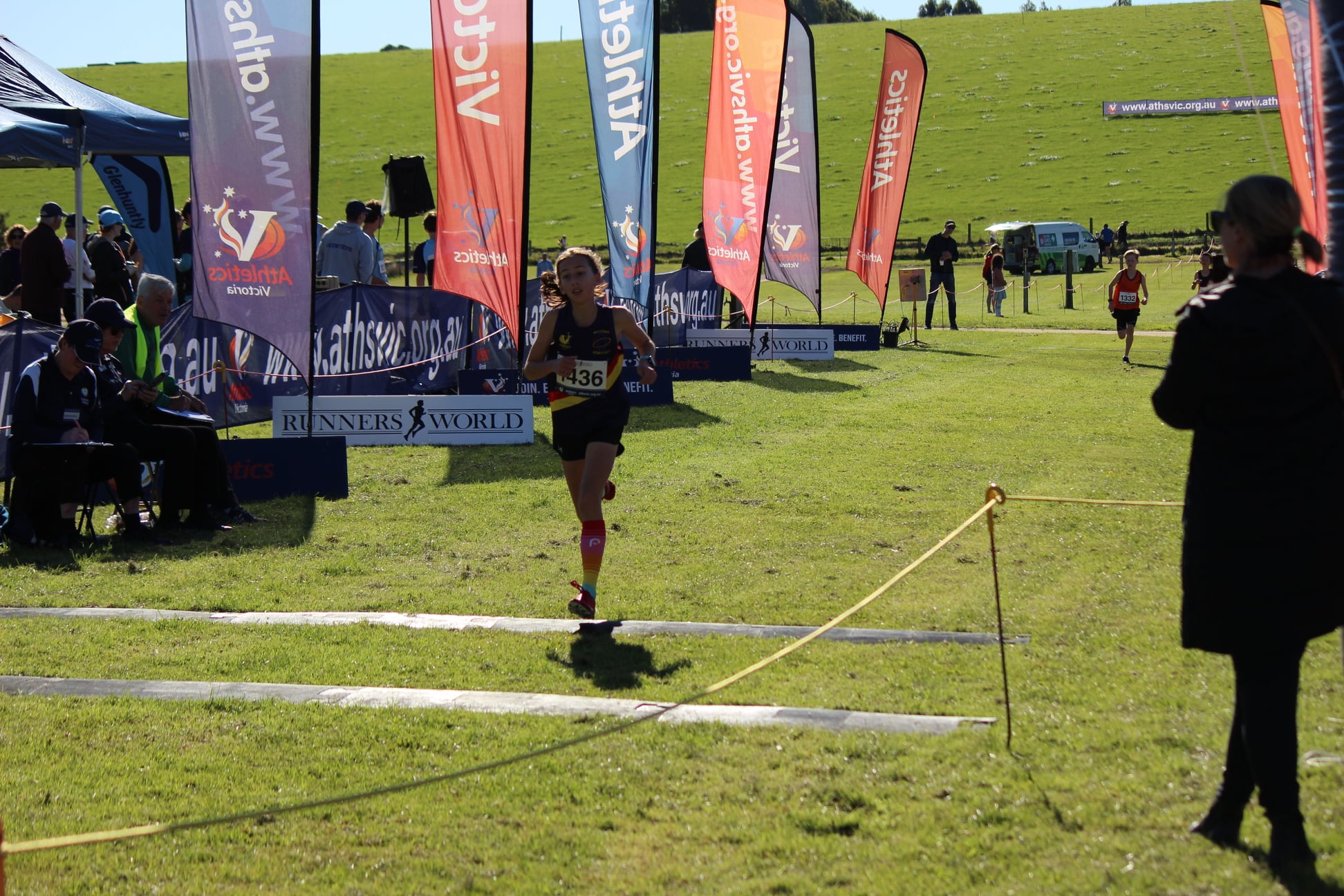 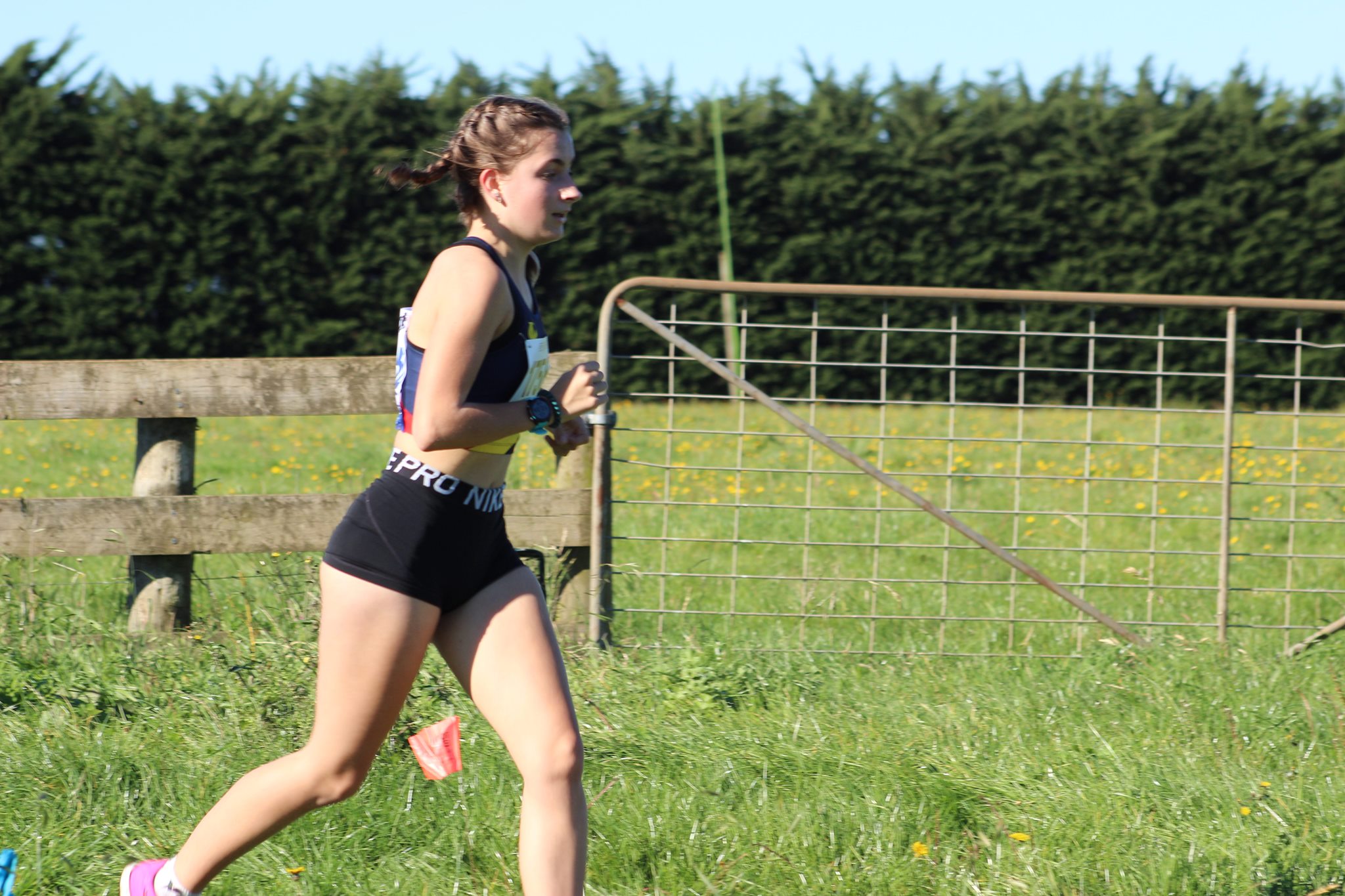