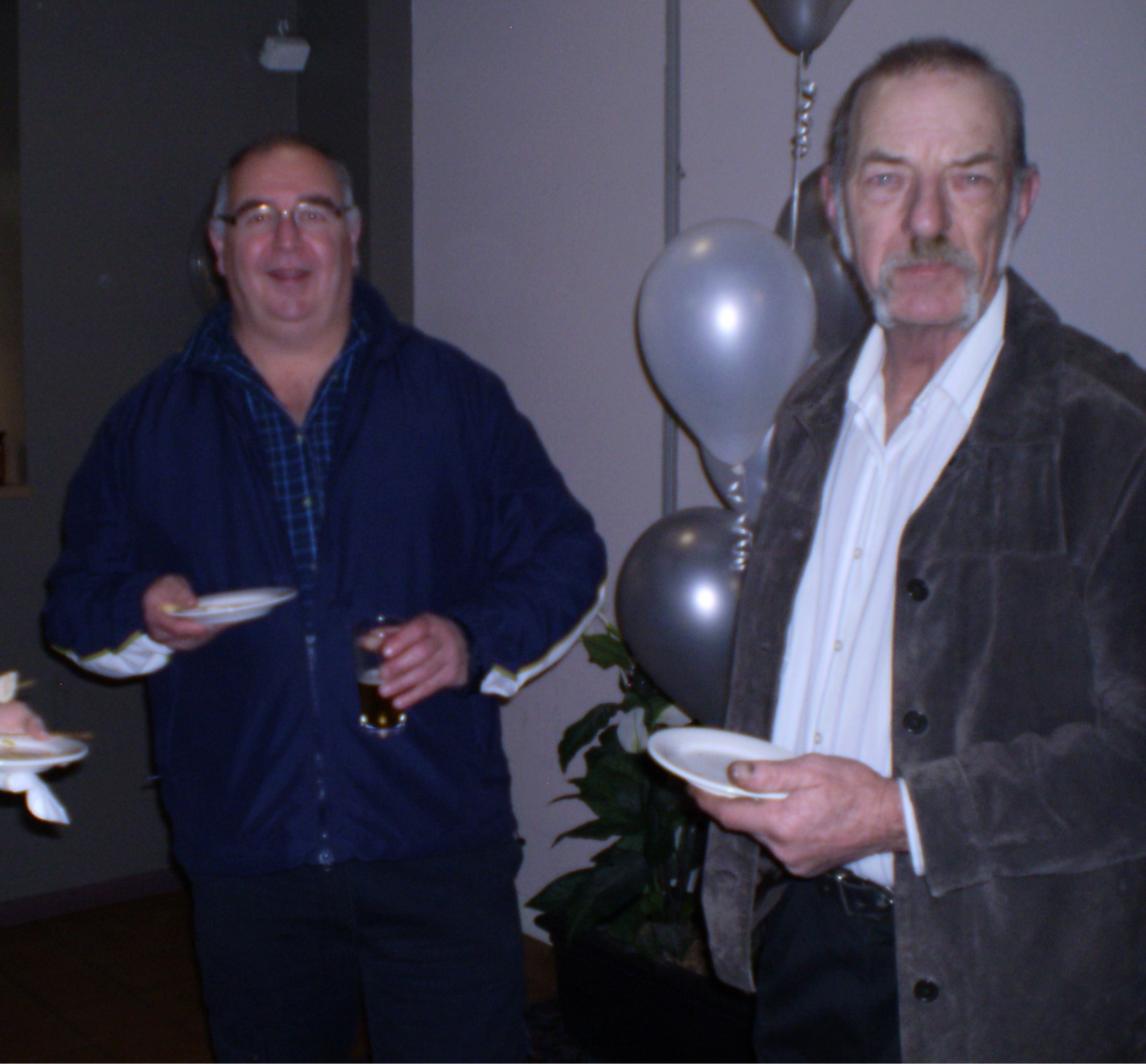 John Sandford, Life member of Western Athletics, has passed away.

John is remembered kindly for his service to the Western Athletics Club as a long time throwing coach.

Many will remember John at training, in his blue overalls, passing on his down to earth wisdom. John gave his time freely and consistently to teach athletes how to throw and in doing so contributed to the way they think and how they approach life.
John shaped the lives of his athletes by listening, thinking carefully and responding as they rode the highs and lows of competition. He helped them to accomplish things and to develop self-belief.

We send our condolences to John’s family and friends.

This is something that I would have hoped to never write, but the fact of life is that we all grow up and then we suddenly stop. I heard that last night a man that shaped the way I think and the way I tackled life had passed away.

This was a man who took the time out of his busy schedule every Tuesday and Thursday after work to look after myself and many of the misfits that just got off school to teach us how to throw. He took us under his wing to kneel next to the cage or the shotput ring and gave us valuable analogies to visualise the perfect throw. One of my favourites and one that everyone will know who had trained under him is that ‘you have to wipe AFTER you take a shit, otherwise you will mess up your hand’. This analogy was for the visualisation of standing up strong in the throwing position, before you transferred the energy into the implement. It always stuck with me, through my first state title wins in my first year of competing at the age of 13 and all the way to my time as a junior at World juniors competing for Australia in Bydgoszcz, Poland at age 20.

He introduced me to the highland games and coached me in some fun little events like the caber toss, weight for distance and weight for height to only name a few. He looked dapper in the kilt, t-shirt and hat ensemble, while giving me advice on how to not kill myself when trying to heave a 90kg 20ft telephone poll in a straight line. Let us just say I may or may have not nearly crushed a few people attempting this.
He was a man who took the time to think about every throw and then help you improve on it a little bit more, through rain or shine. To the people who did not know him or just saw him on the field in his blue overalls, hat and iconic handlebar moustache he looked like someone who was scary to talk to as he was yelling and jumping around a lot of the time, but to those who really knew him, the yelling came from a place of care and compassion. The jumping was usually for joy because we finally got something to stick that took hours, days or even weeks to master.

He was there, for all of it. He was there for the wins; he was there for the losses and he always knew what went wrong and what went right. Nevertheless, most importantly, he knew how to cheer us up when we felt defeated and that it does not matter what happen on the day. It only matters how we get up and do it again. He was someone who was very important to me, especially in my formative years. He gave me the mindset needed to accomplish many things in my life, and I was humbled when he came to my 30th birthday to have a drink and share all the old war stories. Not knowing that that was the last time I would talk to him and see him as he left through the door, I did let him know
that I missed him and all the things we did back at the athletics track at Galvin Park, and let him know he was an important person in my life. He also got to meet my little girl Selena running around and being a rug rat and mentioned that maybe he should get back into training the young ones like my daughter. He chuckled, with his arms crossed and a hand to his left cheek and said ‘give me a time and place’. John Sandford was and always will be the coach that got me started in my athletics career that led me into a life that had taken me across the world and experience many great things. He was a man I respected and took for granted. I am sad I will not be able to say goodbye in person, but that is what the world is like these days. I hope he realised how much he had accomplished just being there, kneeling and watching. He will be missed, by everyone.
(cue ugly cry in my office)

John Sandford first became involved in Athletics more than 30 years ago when his three children took up little athletics at Galvin Park in Werribee.

All three were excellent throwers and youngest son Matthew at one stage held an Australian record for Hammer throws.

John not only coached his own children, but assisted many other youngsters with their throwing, coaching countless young athletes to winning medals.

John followed his children into senior athletics in Werribee and later on Western Athletics Some of his better known outstanding athletes were Fernando Canepa, Michael Jacobs and Andrew and Michael Peska, who won many Australian and Victorian medals. While coaching these athletes he also competed himself for a time.

John devoted many hours over more than 30 years, developing many champion athletes and became known as one of the best developmental throwing coaches in Australia.

John was a no nonsense coach who helped many young people to not only become good athletes, but also excellent citizens. He always insisted on good behaviour and sportsmanship.
Several years ago John retired from coaching and has not been in the best of health. His great work is now being carried on by Fernando Canepa.
John is sorely missed from Werribee athletics.

What I can recall of John was how he would into the eyes of his athletes to ensure he has their full attention as he was trying to explain them something.

He called a spade a spade.

I was shattered today to learn my coach of over 20 years, a giant among men, John Sandford, passed away suddenly yesterday.

This was a man who not only, discovered me as a hyperactive 8 yr old (who happened to throw things a very long way), coached me to state, national and pan pacific podiums, helping me to break records and win countless medals & trophies but was someone who genuinely cared for and helped shape me in to the woman I am today.
It’s amazing the things I can recall with perfect clarity that bring both a tear and a smile to me;

He was the first person to ever call me “Super Sal”, which later morphed into a very enthusiastic shout of “Sally-girl!!” and slapping his big rough weathered hands together, grabbing me by the shoulders in excitement when he knew I’d nailed a throw. It was his excited pacing behind the fence at all of my competitions, willing my throws further and further, giving me the subtle (but still excited) look-away thumbs up if I’d won, it was his frustrated attempts to get me to be ‘aggressive’ (my casual chats and laughing with my competitors was a never ending bone of contention), his confusion and amusement that I could never call him John and only “Mr Sandford”, (even into my 30s), the ever growing pile of old discs, shots and hammers that rolled around in the back of his Ute for anyone that wandered down to the track and wanted to have a crack, the genuine excitement he felt for every single person he ever taught to throw, when they achieved a goal no matter how big or small, the blue overalls & blundstones that appeared to never get older, no matter how many trips into the ring they made, and the way he would command our full attention with only a few hyped words, a quick demonstration and squeeze on the arm.

But mostly I will remember the unflinching love, support and faith he gave me and everyone he coached to believe we were unstoppable, and I will carry that pride with me forever, because of you.

Thank you Mr Sandford, I love you, and I will miss you. I am so proud and thankful to have been coached and cared for by you, and I hope I made you just as proud to be my coach.