Where are the female coaches?

In the 23 years of Western Athletics the club has had three female coaches. In the early days we had Leonie Viterbo and more recently Alida Weitsz and Kylie Smith. Is this a new issue? No, if you go back to the days of the former Footscray, Sunshine and Werribee Athletic Clubs you could count on one hand the number of female coaches each of these clubs had.

So where are the female coaches? Is this just our club’s problem? No.

The number of accredited female coaches registered with Athletics Victoria is 366 (34.6%) but this figure drops to 22.8% for the higher 3, 4 & 5 coaching levels (1). Question, are all these registered female coach currently actively coaching?

Is this just an issue with Track & Field? No.

Did you know the Australian Team at the Rio Olympics across all sports consisted of 421 athletes, 208 male and 213 female (2). Yes, you did read it correct, there were more females on the team but out of the 160 accredited high-performance coaches only 9% of them were female, this had fallen from 12% from the previous London Olympics (3).

Bec Goddard who led Adelaide to the inaugural AFLW title in 2017 but barely a year later she is gone and replaced by a man and season three may start without a single women in charge (4). Why?

It is also interesting to note that in all Australia female sports excluding netball only 25% of the coaching roles are filled by female coaches (4).

Is it an Australian problem? No, it is world wide issue.

In 1972, the USA introduced a law known as “Title IV” to colleges to provide women and men equitable opportunities to participate in sport(s). Before this law 90% of coaches across female teams were female, this figure is now down to 40% (4). Why the fall in female coaches?

Across the ditch in New Zealand, what do the Black Ferns, Tall Ferns, White Sox, White Ferns, the National Hockey, Soccer and Federation Cup Teams have common? They are all coached by Men (6).

In the UK, the figures are much better, the number of active coaches by gender is 54% men and 46% female but these figures include all coaches within the educational system, private leisure centres, gyms, personal trainers, etc. The problem is when you look down at the sports club level the figures drop to 37% male and 16% female coaches (7). Why at the sports club is there a drop off of female coaches? 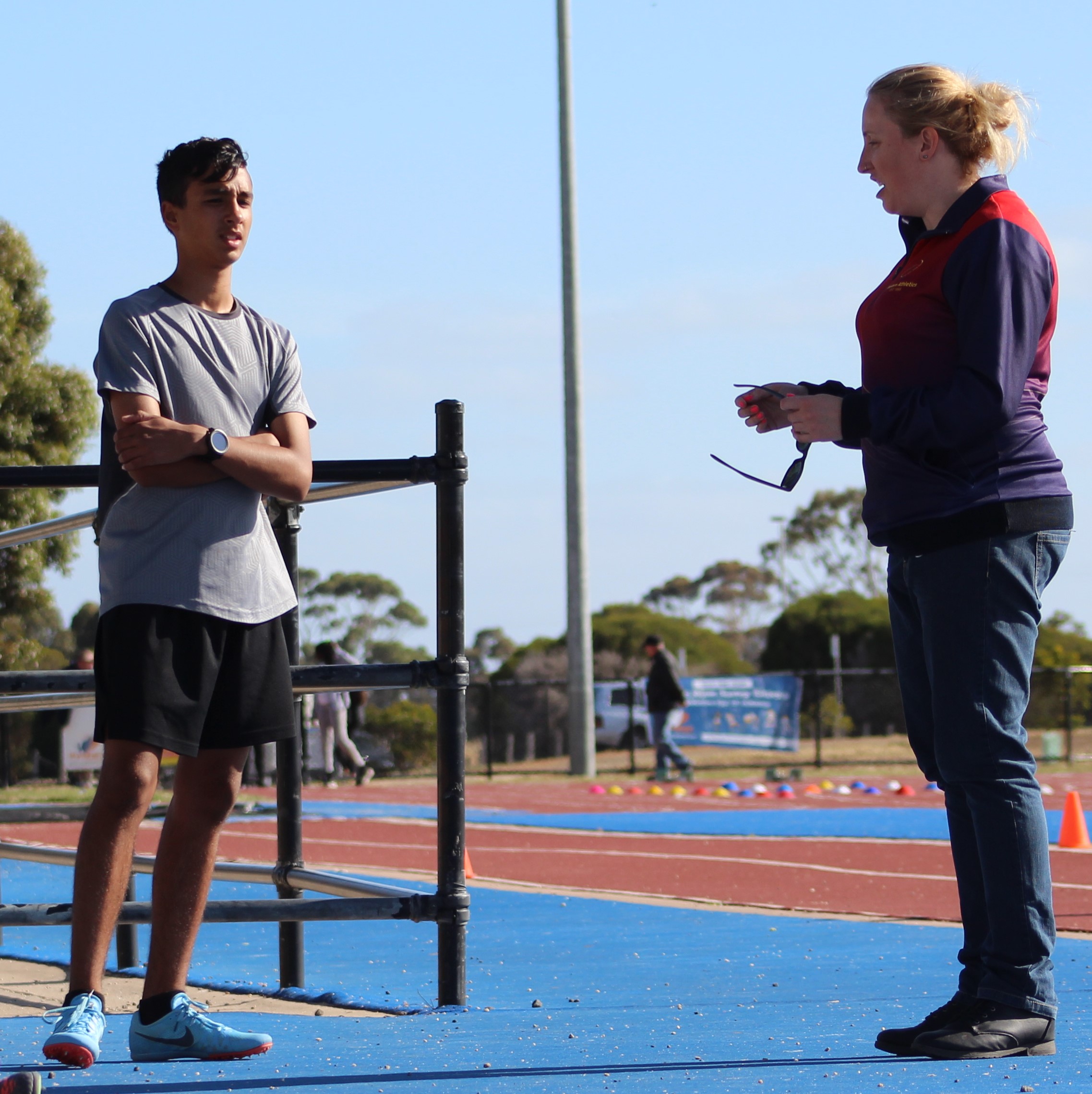 Many girls grow up NEVER having had a female coach, whereas 100% of their male peers have had a male coach (8).

Why Women Coaches Matter? Sport is high profile so it is important to have women in these roles as it can provide emulation, aspiration, self-esteem for girls and women, when boys and men experience women as competent leaders in a context that matters greatly to them (i.e., sport), they are more likely to respect women, when girls and young women see females in coaching roles they will more likely think about coaching as a legitimate and viable career, and may aspire to become a coach, women coaches will likely have different perspectives at the decision making table, which, according to the data, is positive for any workplace (8).

Here at Western Athletics as part of being an inclusive club we would like to recruit more female coaches to the club and the club is preparing a number of initiatives to achieve this. For example providing a number of articles of interest on this subject, an interview with one of our females coaches, an interview with one our club members of what is stopping her being a coach, a questionnaire to female members in what is stopping them in being becoming a coach, providing mentoring and the club is looking at providing some financial support package for coaching course, etc.

(1) Athletic Victoria
(2) Wikipedia
(3) Kate Palmer – CEO Australian Sports
(4) Amanda Shalala - AFLW now has no female head coaches. Why is leadership in women's
sport still a man's world?
(5) Madeleine McCaskill - University of Canberra.
(6) Lack of women in coaching. By Julie Ash.
(7) A spotlight on ...Coaching in the UK, 2017: A Spot Light on Gender.
(8) Why Women Coaches Matter. By Nicole LaVoi Ph.D.

Some interesting online articles on this subject and which some of the above data was sourced from.

• Where are all the female coaches? By University of Canberra, Madeleine McCaskill
https://junctionjournalism.com/2018/11/20/where-are-all-the-female-coaches/

• Almost 80 per cent of elite Australian sportswomen are coached by men - Would you study a medical degree if you weren't going to be a doctor at the end of it? Canberra United coach Heather Garriock posed that rhetorical question in response to being told 65 per cent of women's national leagues coaches in Australia were male. By Eamonn Tiernan
https://www.canberratimes.com.au/story/6000411/almost-80-per-cent-of-elite-australian-sportswomen-are-coached-by-men/

• AFLW now has no female head coaches. Why is leadership in women's sport still a man's world? When Bec Goddard led Adelaide to the inaugural AFLW title in 2017, it was seen as a landmark moment for the code and women's sport in Australia more generally. Barely a year later Goddard is gone. Replaced by a man. By Amanda Shalala https://amp.abc.net.au/article/9798866

• A spotlight on Coaching in the UK, 2017: A Spot Light on Gender
https://www.ukcoaching.org/UKCoaching/media/coaching-images/Entity%20base/Guides/Coaching-in-the-UK_Spotlight-on-Women_FINAL.pdf

• Lack of women in coaching. By Julie Ash
https://www.nzherald.co.nz/sport/news/article.cfm?c_id=4&objectid=2045833