This year XCR kicked off with a pleasant winter-like start with cool wet conditions and a soft grassy course with a very boggy patch to trudge through and a muddy ditch to jump.

We fielded 11 teams with 4 open men’s teams, 2 open women’s teams and 5 junior teams.  The best results for the day came from our junior teams with a gold for the newly formed U14 Girls team, Bronze to the U18 Women, U18 Men and U20 men.  We were a bit soft in the open men’s and women’s teams and in the context Jells Park where other clubs hit the paddock hard with many teams and depth, our bottom line results took a hit.  We will pick up throughout the season with the return of athletes and improvements in those who are returning from injury and a long summer season.

Thanks to all those who helped to make the day a success.  Our AV helpers, Peter Cashin, Mal Hodgart and Kellie Evans, Brenda Cashin for supplying uniforms, Lori Glover for the race subs collection, all our team recorders and the Shanahans for bringing the tents – a very necessary element in the conditions faced.

As with many rounds in 2018 we struggled for the open women’s numbers, however despite this our two teams delivered a solid start for Premier and Div 3 teams.  The Premier team, led out by U20 Sophie McMinimee, who ran one of the fastest times in recent years for the club, finishing the two laps in 22 minutes and 48 seconds.  Sophie handed to an almost equally as fast U18 Ebony Dodemaide finishing in a time of 22 minutes 55 seconds.  Ebony handed to 40+ athlete Stephanie Thomas who then handed to Mel Kodi, then Claire Hodgart to finish for the team.  A solid result in 8th place to set the team up for the season and as athletes continue their recovery and return to racing the premier team will lift.  The Div 3 team was solid and had the best result of all the open teams finishing in fourth place with help from 55+ Mechelle Lane and U16 Talia Roshier.

Off the back of 2018 we received two promotions in the open, from Div 6 to Div 5 and from Div 3 to Div 2.   Our Premier men’s team, despite being down on a number of key athletes, performed admirably, finishing 6th place.  Liam Cashin led the team for the first time in a relay in Premier division and ran superbly finishing with our fastest 6km time of 18 minutes and 2 seconds.  Liam handed to Callum Drake, then Ryan Geard, Matthew Tonge, Michael Masseni with Daniel Dunstone finishing off for the team.  With the loss of those athletes at the premier level, our Div 2 team suffered the most, finishing in 14th place, the Div 5 also suffered somewhat, finishing in 11th place and the Div 7 was 13th.   The performance of the teams will improve over the season as our athletes return, but we at least we have some points on the board.

Thanks to junior U14 Mitchell Roshier for running the 6km distance in our div 2 team and congratulations to Liam McGrellis for first run for Western Athletics, also in the Div 2 team.  Thanks also to Janice Hodgart for running and completing our Div 7 team.

There were just two juniors women’s teams but both delivered great results.  The U14s team was our best result for the day with a gold medal.  Ella Vrhovac stepped up in the age group to produce the fastest U14 time of the day, 11 minutes and 25 seconds.  Ella handed to new recruit Emily Mifsud who handed to another new recruit Liz Hall who also ran a great time, under 12 minutes, to bring home the team.  The U18 teams of Mia White, Yara Taylor and Abigail Thomas combined to produce a third place.  Both these teams will be real premiership chances this year, our U18s especially, as we will have good depth and in the individual races Ebony Dodemaide will be a great contributor, going by her recent form. 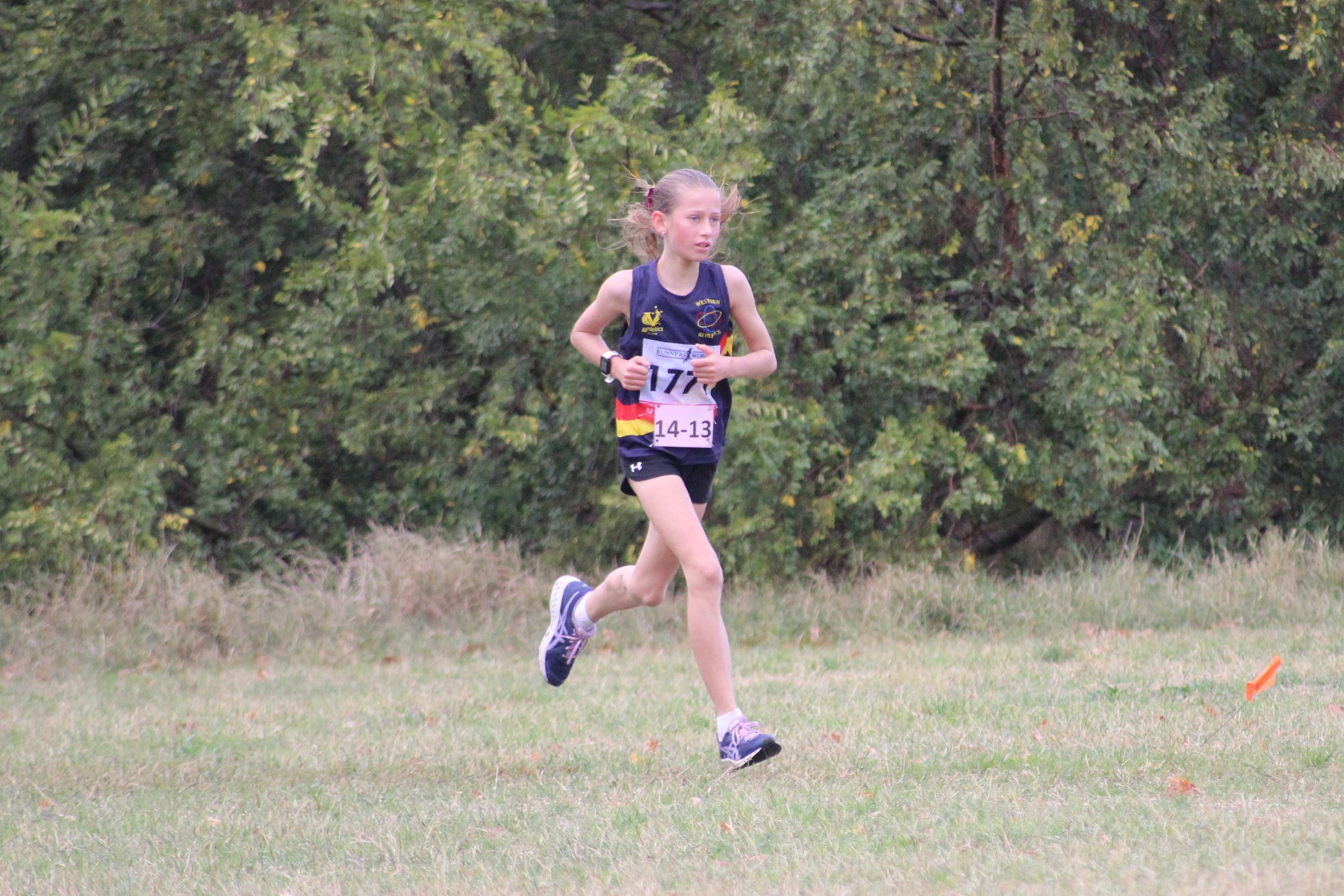 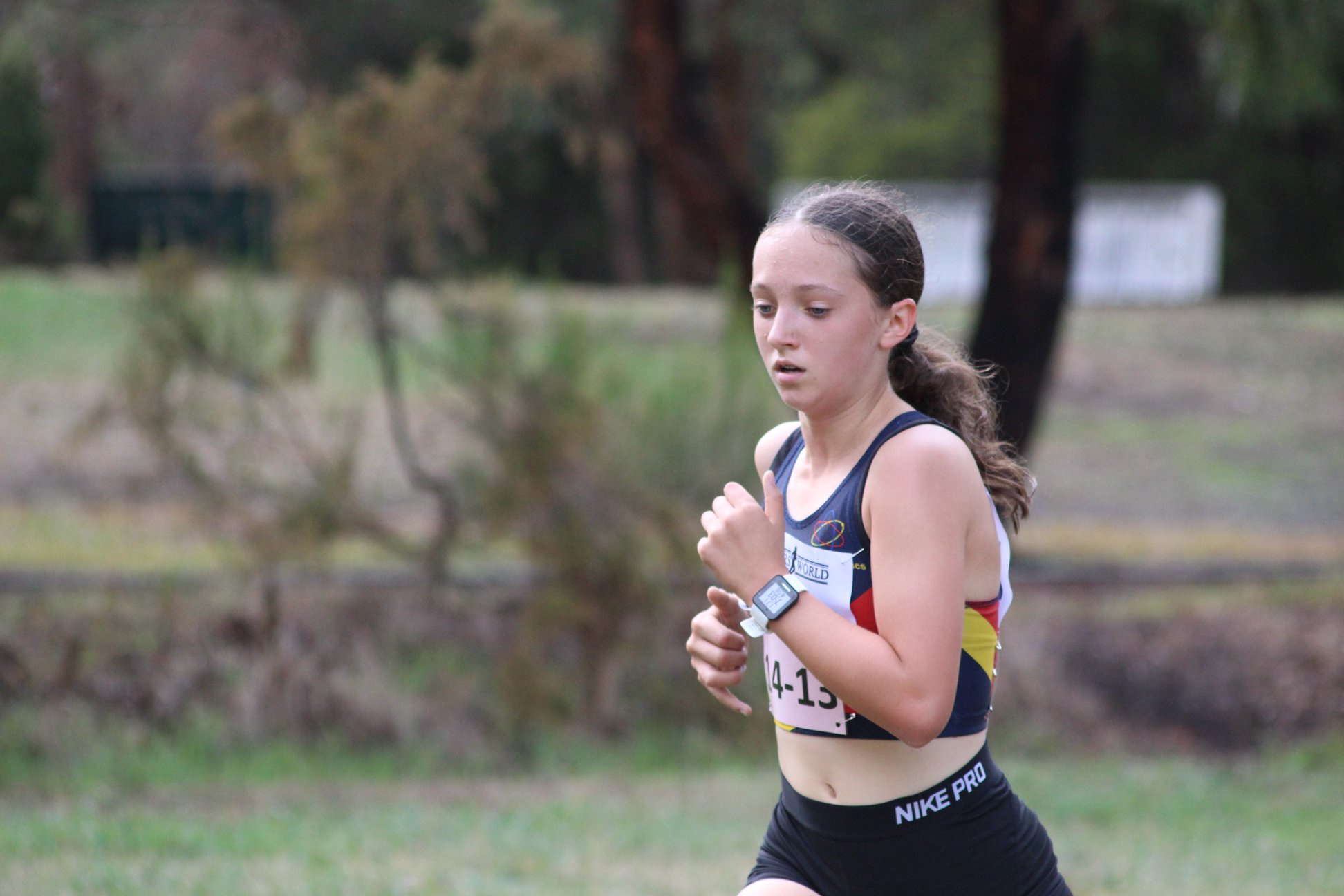 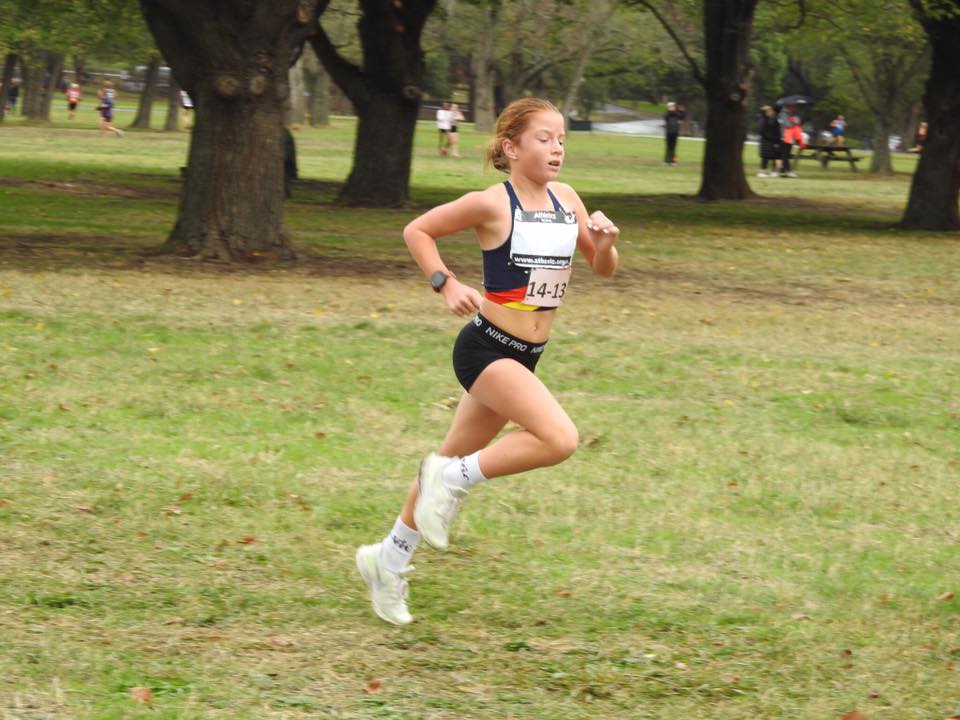 We fielded 3 teams in the junior men; U20, U18 and U16.  The U20s team were solid through the 6km course with the team of Jackson Glover, Bailey Sharp and Robert Weitsz combining to produce a 3rd place.  The U18s were also 3rd with a great run from Ethan McMinimee running the second fastest time of the day in 9 minutes and 11 seconds, followed by low age U18  Liam Morgan and competently brought home by the experienced Tom Glover.  The U16 team of Harry Sharma, Brad Ganley and Couper Spies finished in 14th in a very large U16s field. 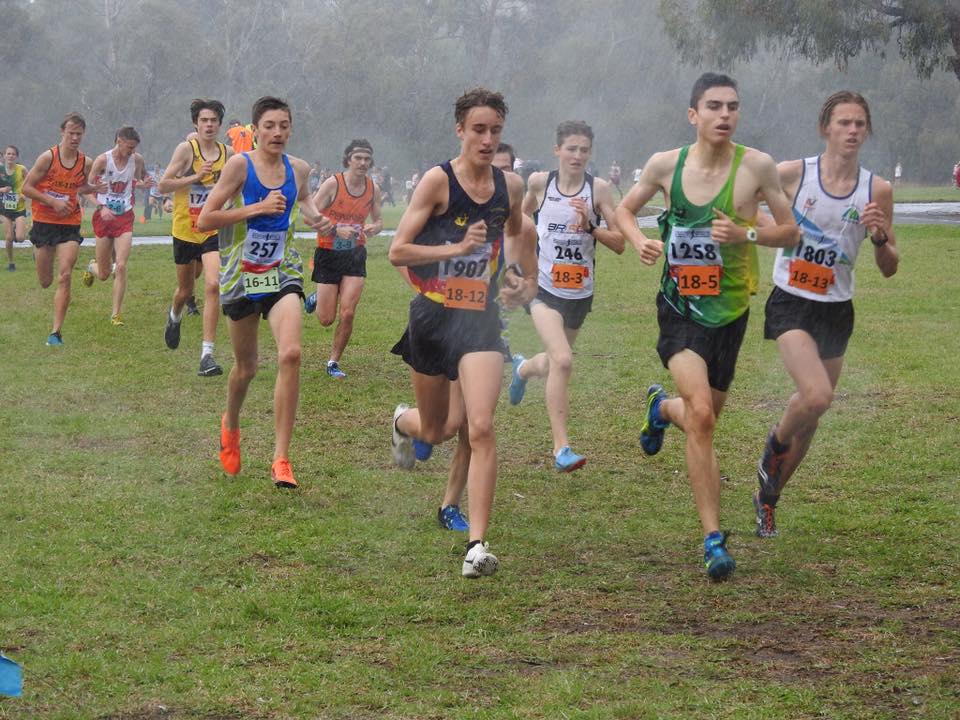 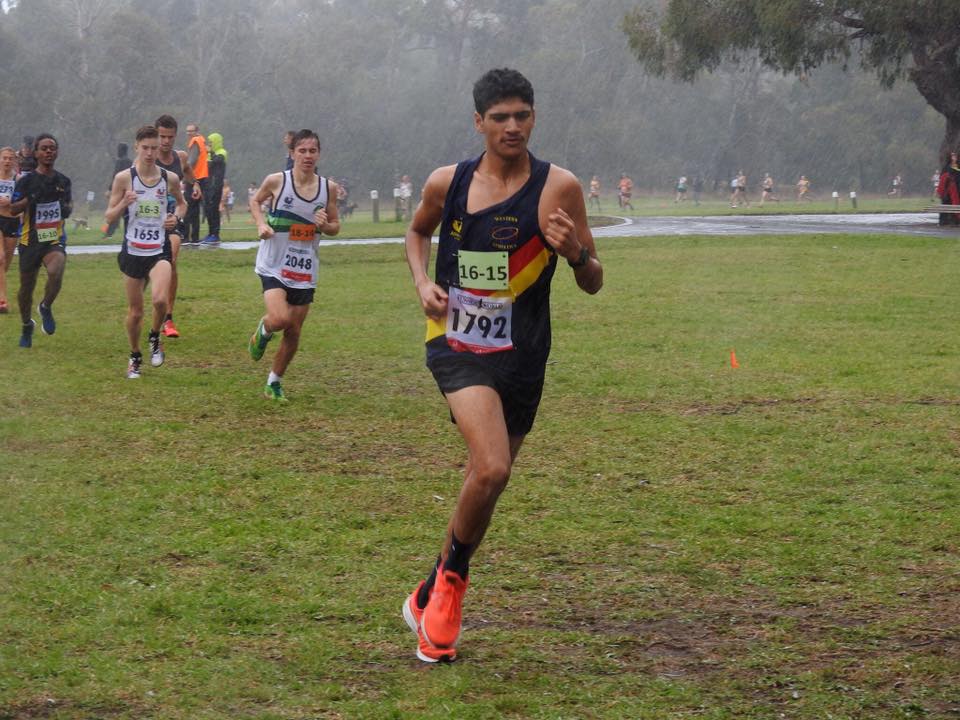 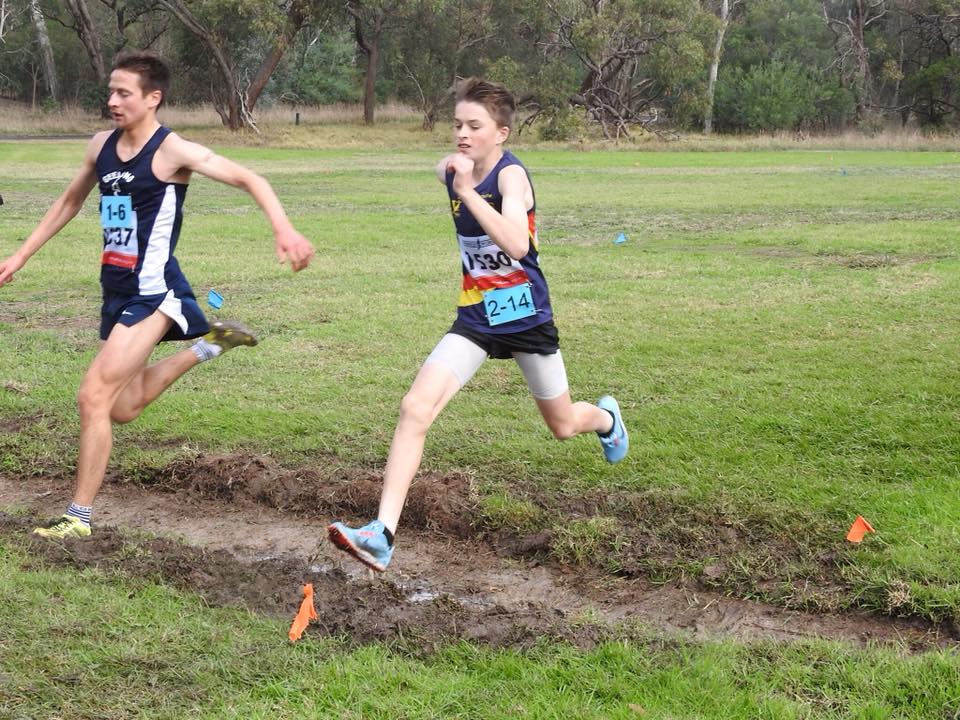 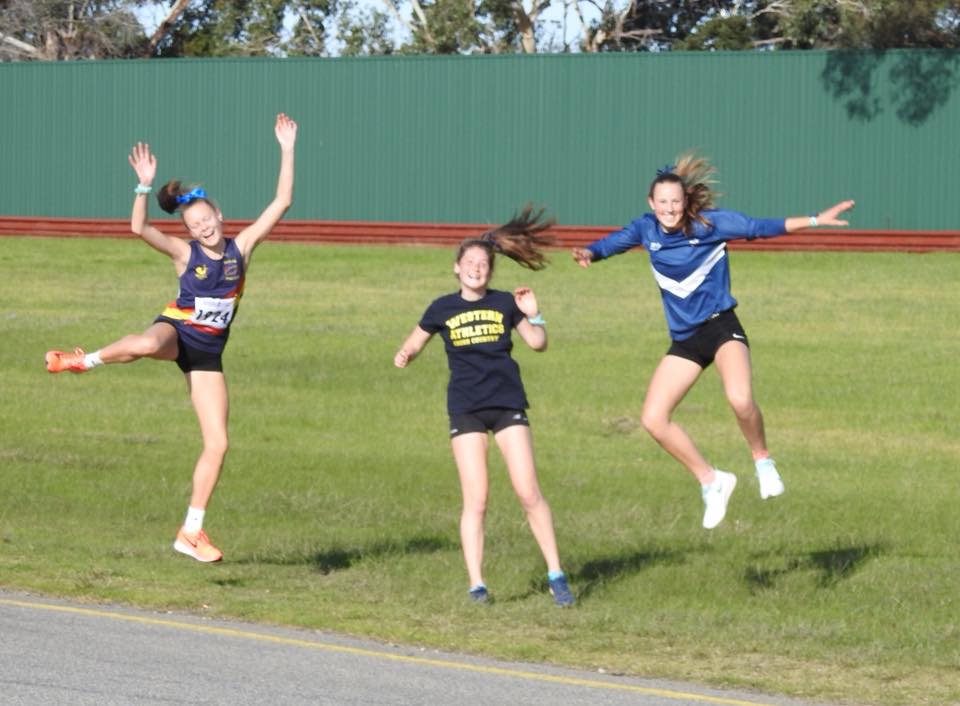 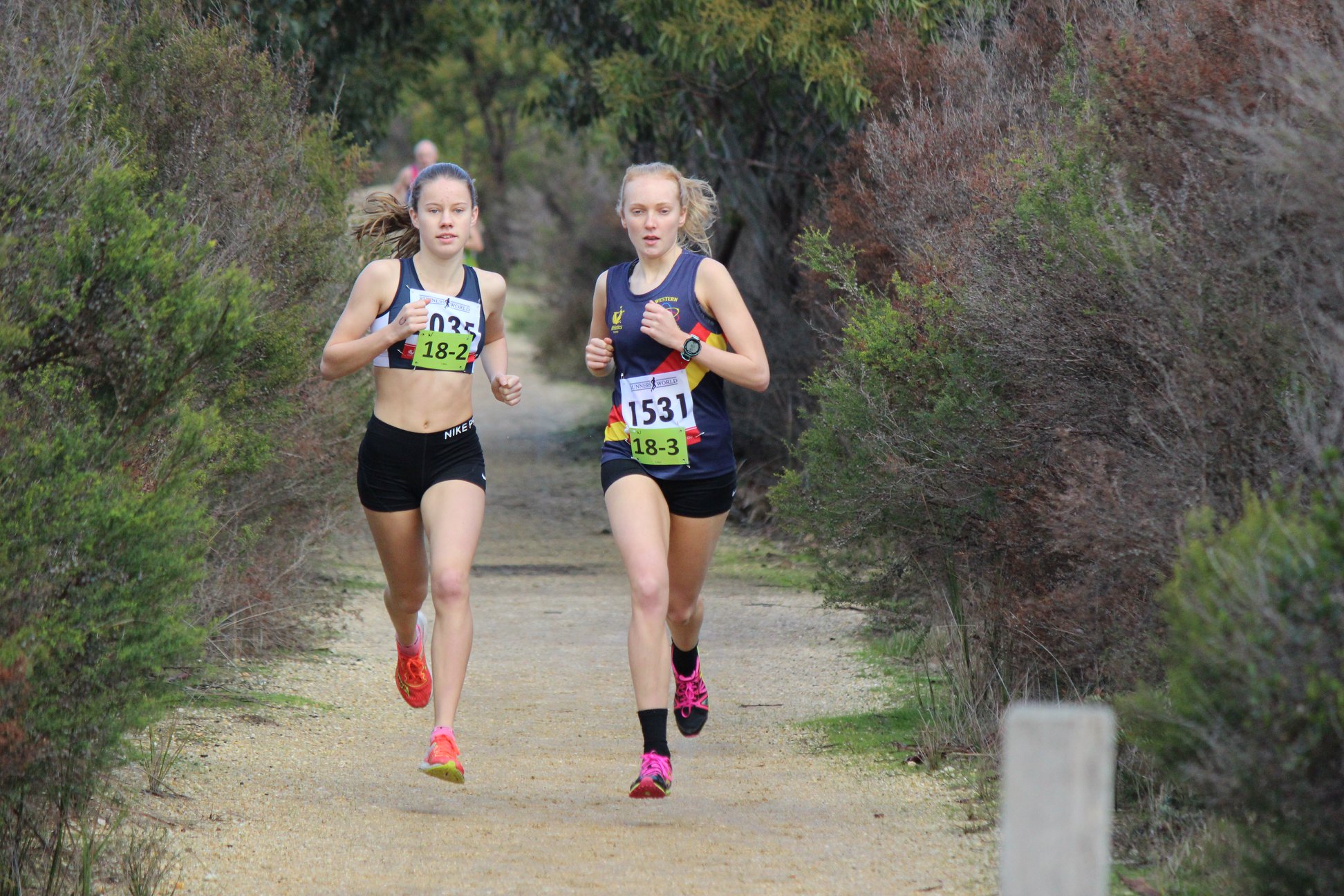 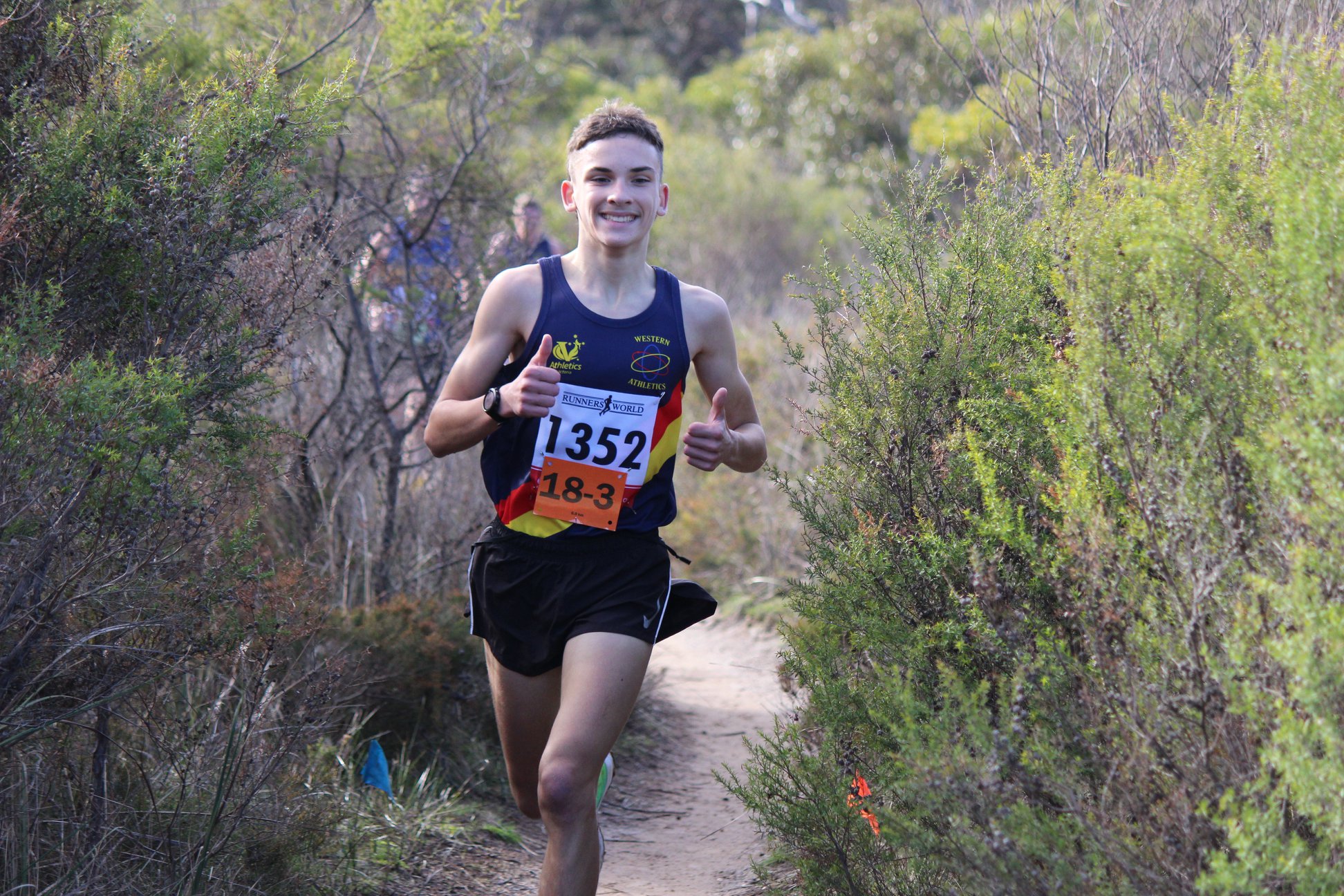